History
As among the native Brits the game of cricket is playing a vital role in the life of migrant Malayalees too. Cricket, as a team sports acts as a cohesive force which help the community to close it ranks. Though there were friendly matches aplenty, competitive cricket among them was still a far cry. Under the auspices of Sahrudaya – The West Kent Keralites, Sahrudaya Royals Cricket Club (SRCC) started its ardent journey on Saturday the 19th of September 2020 with Sahrudaya Royals Cricket Tournament held at Matfield’s The Green cricket ground and grabbed Runner-up trophy competing with five teams.

Mindful of the true love and passion to play and promote quality cricket in the Malayalee Community, Sahrudaya Royals CC is a major platform for like-minded both young British-born Malayalees migrated to the West Kent as well as the students from Kerala.

Vision & Mission
We aim to inspire everyone to love cricket and our purpose is to unite and inspire communities through cricket and uphold humanity above race, creed and language.

Strategy
The master plan of Sahrudaya Royals CC provides direction for the sport around the West Kent. It was developed through more than 12 months collaboration with all parts of cricket, from volunteers, coaches and club members through to players and administrators. 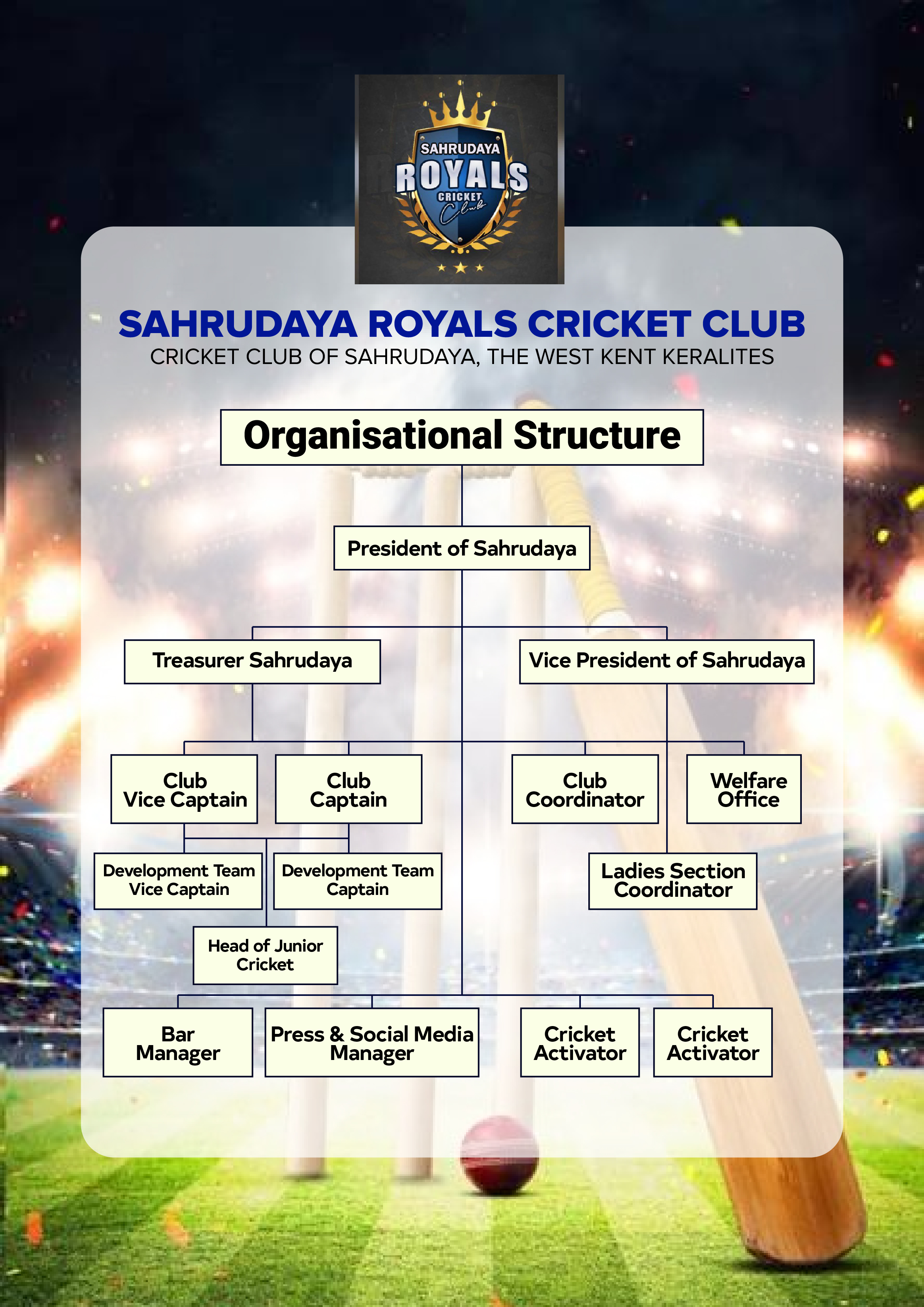